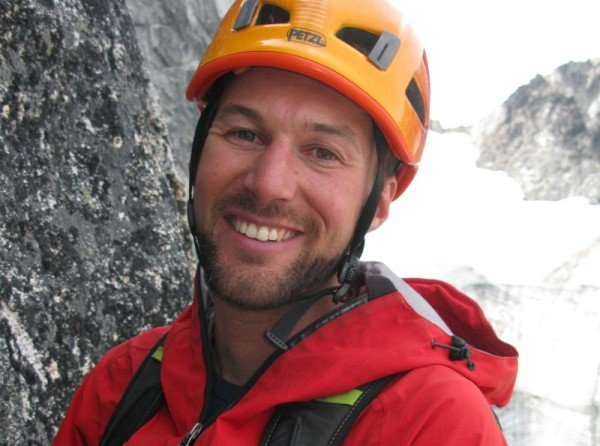 Glen is our Climbing Programs Director as well as a lead guide. Aided by a New Zealand graduate degree in Recreation and Tourism Management, Glen brings extensive experience as a program director in the Outdoor Education and Tourism fields, where he developed international travel programs for which he received awards through Rotary International and the Mathew A. Baxter Memorial Fund. Glen has been working as an alpine guide for eighteen years, having led trips in North America, South America, Africa, Asia, and the South Pacific. Glen's climbing and guiding career has included nineteen climbs above 20,000 ft., including technical climbs of peaks such as AmaDablam and Kyajo Ri in Nepal and big glacier routes in Alaska. He's climbed routes on El Cap, Half Dome, and Big Walls in Zion in addition to hundreds of multi-pitch rock routes around the globe. Here in the Pacific Northwest he enjoys guiding complex alpine objectives such as the North Ridge of Forbidden Peak and the North Face of Mt. Shuksan. Previously, Glen guided white-water expeditions and taught martial arts. When not in the office or the field with Miyar he runs a nonprofit in Nepal that provides training to Nepalese mountain guides and funds infrastructure in remote areas of the Himalayas (www.karmaproject-nepal.org). 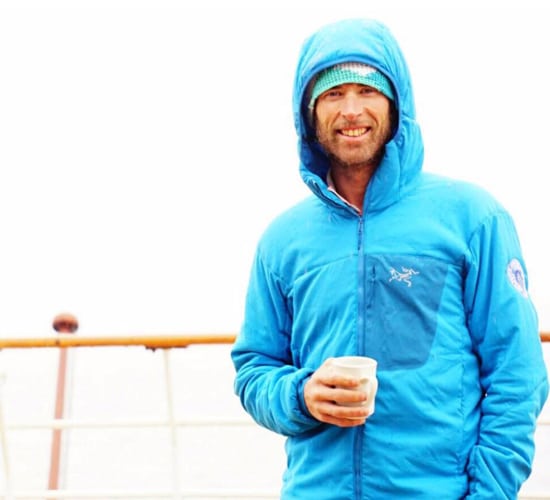 Chris Marshall is a year-round IFMGA Mountain Guide. He holds AMGA Ski, Alpine, and Rock Guide certification along with Level 3 Avalanche Certification. He has been guiding and instructing in the mountains since 2006. Chris earned a BA in Wilderness Leadership and Geography from Prescott College in 2005, and Masters in Experiential Education from Prescott College in 2011. He has worked as an Associate Faculty member for Prescott College in the Adventure Education department since 2007, instructing classes such as Wilderness Leadership, Avalanche Forecasting, Rock Climbing, Alpine Mountaineering, and Ski Mountaineering. Chris is at home on rock, snow, and ice, and now spends much of his time guiding in Oregon, Washington, and Japan.

A highlight of Chris' personal experience is an expedition funded by the American Alpine Club to the Neacola Mountains in the western Alaska Range. 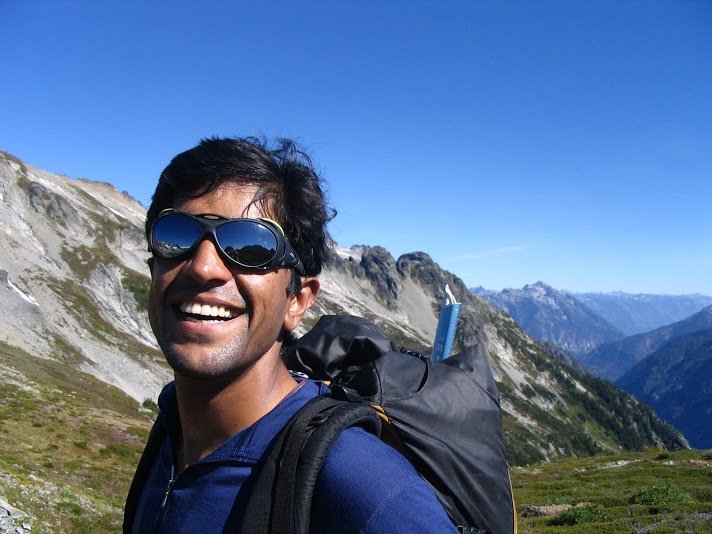 Sandeep began his climbing career in the Pacific Northwest, and enjoys rock climbing, ice climbing, and backcountry skiing. He has climbed and guided extensively in the Cascades, having summited all the volcanoes of Washington multiple times. Some of Sandeep's favorite climbs in the Northwest are the Torment-Forbidden-Traverse, Liberty Ridge, the Coleman Headwall of Mt. Baker, and the North Ridge of Mt. Baker. Although Sandeep is known by the climbing community for climbing big alpine routes, his first passion is rock climbing. On sunny days you can find him climbing with friends at Mt. Index, trying-hard on steep crimps at Exit 38, or in the winter pulling on plastic in the gym. He enjoys projecting 5.12 routes as much as climbing long rock routes in the backcountry.

In addition to a depth of climbing experience in the Pacific Northwest, Sandeep has extensive high altitude climbing and guiding experience. Some of Sandeep's first high altitude climbs were in the Indian Himalaya, where he and two friends achieved three first ascents of technical six-thousand-meter peaks in the Miyar Valley which were documented in the American Alpine Journal. He has also been active in Mountain Rescue, and earned the Life Saving Award for an especially difficult and dangerous mission.

These days Sandeep can be found responding to emails on his laptop, playing with his three daughters, helping customers at one of Miyar's retail shops, or climbing with guides during their time-off. He has thoroughly enjoyed the challenge of running Miyar Adventures and looks forward to continuing to grow the guiding and climbing community into the future. 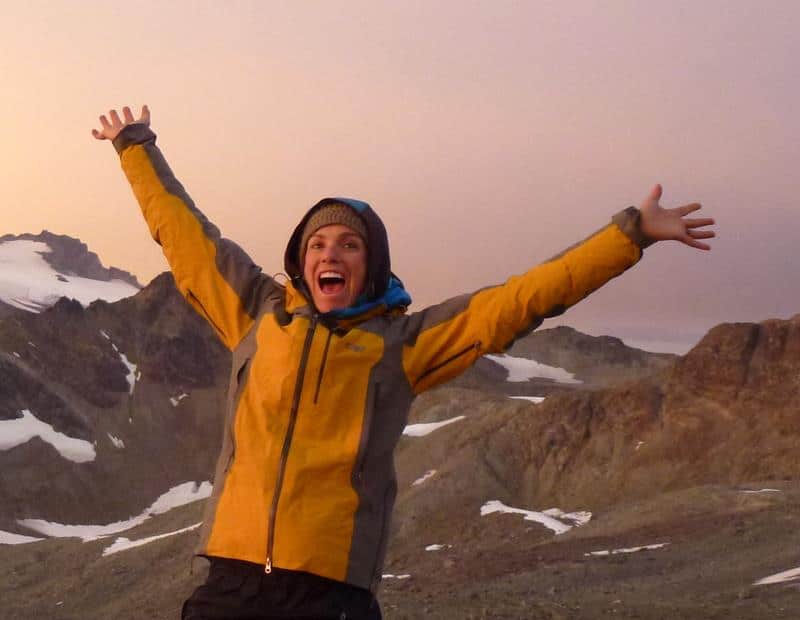 Anne was introduced to the outdoors at a very young age. For more than 30 years she has developed her skills in climbing and skiing. She has worked in a verity of settings taking both teens and adults outdoors. Anne has a Master’s degree in Education and has worked as a Reading Specialist for 15 years. Currently Anne is working towards a new profession in hopes of one day being a nurse. For the past six years Anne has been involved with several mountain rescue units. She lives with her husband Jonah in Leavenworth where she spends her free time running, swimming, skiing, and climbing. 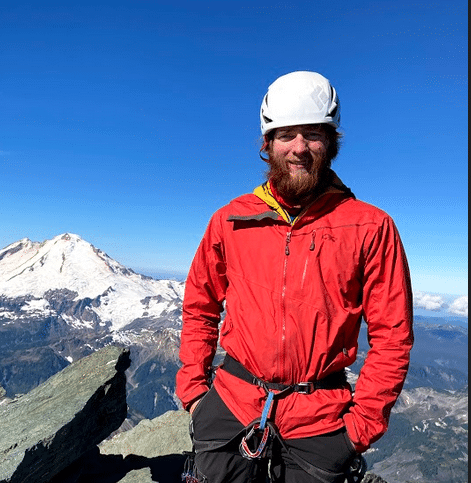 Ryan has spent thirteen years climbing in the Pacific Northwest, across the United States, and abroad. He has completed classic ascents throughout the North Cascades, in the desert Southwest, and Mexico. Originally from Redmond, WA, he learned to climb in the Cascade Range, and is passionate about every discipline of climbing, from challenging single pitch rock routes, to long ice climbs, big walls and mountaineering. During the summer season you can find Ryan climbing and guiding on rock and alpine objectives in the Pacific Northwest. In the winter, Ryan spends his time climbing and adventuring in the southern half of the continent. Ryan is a certified AMGA Rock Guide and Apprentice Alpine Guide who is pursuing full IFMGA certification. 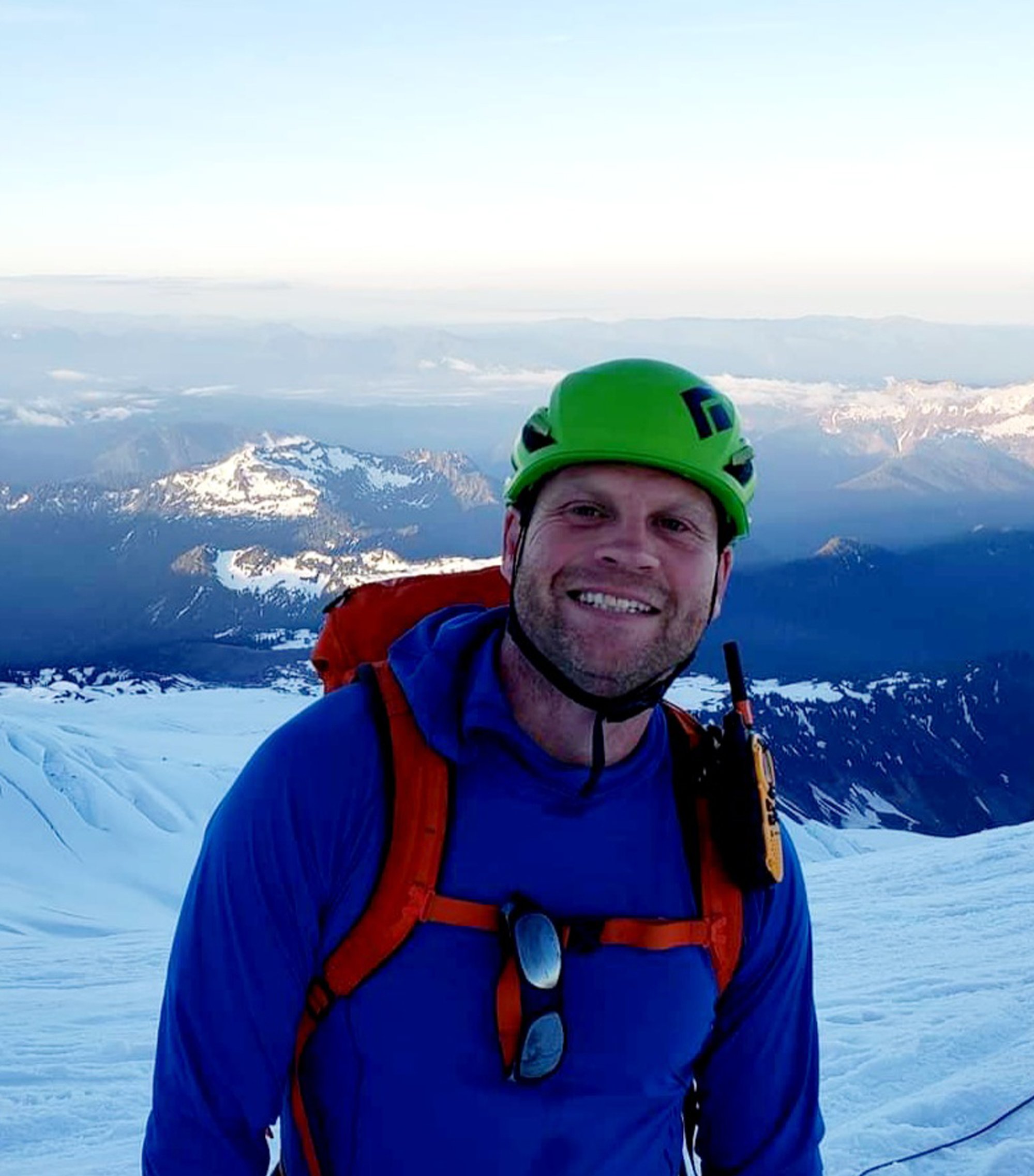 Simon first started climbing 12 years ago. He was invited by a friend to go climbing at his local gym in Sydney, Australia. He was hooked immediately and it wasn’t too long until he was leading Sport and Trad routes in the Blue Mountains, Australia. Simon’s personal climbing experience has led him to climb around the world in many countries including, Australia, Ireland, Mexico,Thailand and parts of the US. After 6 years his passion for the sport and the outdoors had grown exponentially so the obvious and only next move was to pursue a career in guiding. He was certified as a Canyon and Rock guide in Australia, while working in The Blue Mountains. Broadening his horizons coupled with a passion to conquer more climbs, he and his family decided to migrate to Seattle, Washington. Simon has never been happier guiding the last 3 years in the North Cascades for Miyar Adventures. He loves to guide and instruct on technical rock routes, long alpine rock routes, ice climbing and glaciated terrain. When he’s not guiding you will most likely find him climbing big routes in the North Cascades or back-country skiing in the winter. Simon is also an active member of Seattle Mountain Rescue. 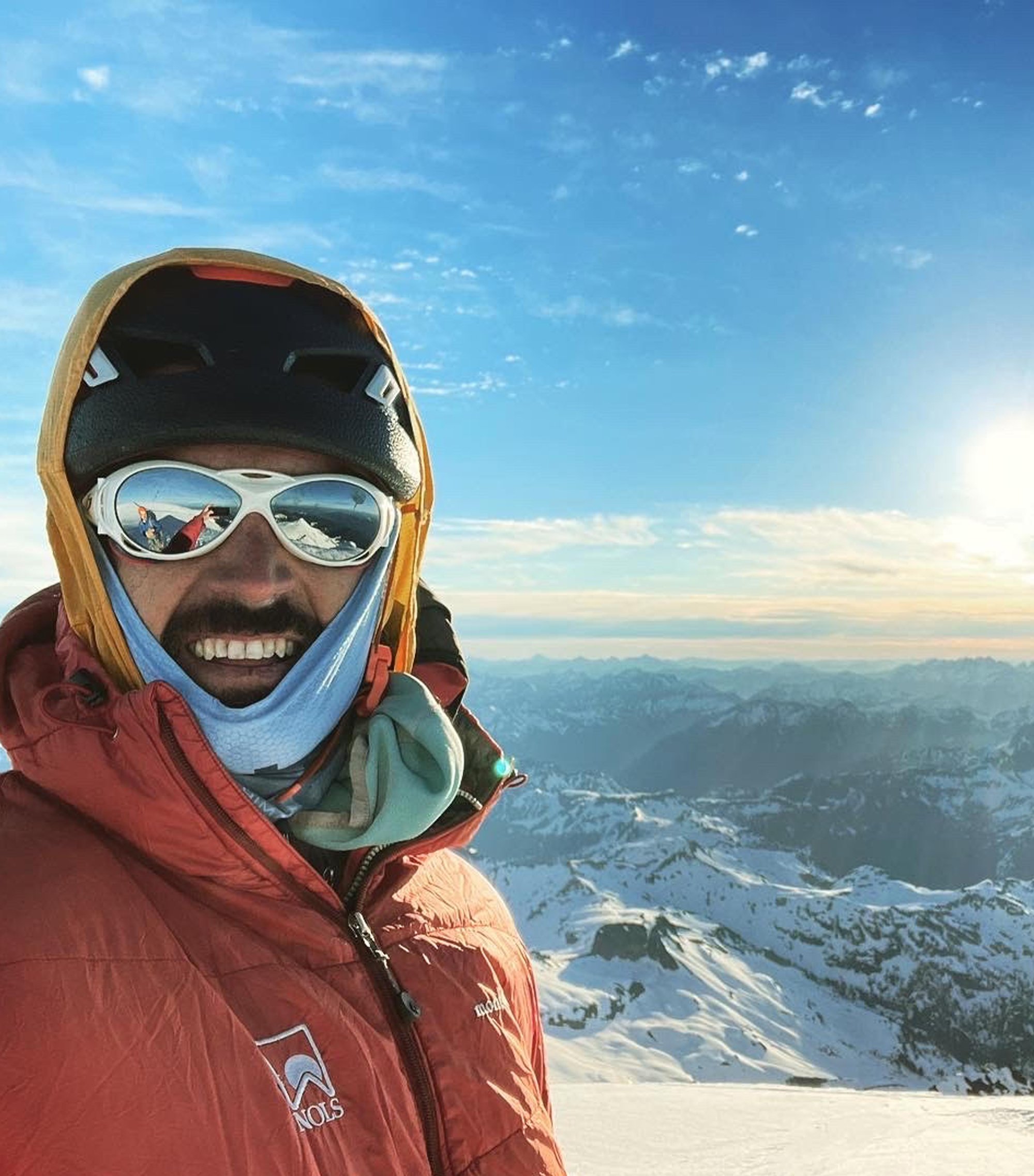 Zeno has been playing and chilling in the mountains for the past 14 years. His life path has brought him from his humble South Dakota roots to the Pacific Northwest, with various stops in North America, South America and Asia along the way. Over the past 8 years, Zeno has guided and instructed backcountry skiing, rock climbing and mountaineering in various locations around the U.S., Canada, Japan and Chile. When he is not guiding or getting outside, Zeno is often working on an ambulance or studying for classes for nursing school. Zeno currently lives in Seattle, WA with his wife, Megan, and their 50-pound hound, Lou. 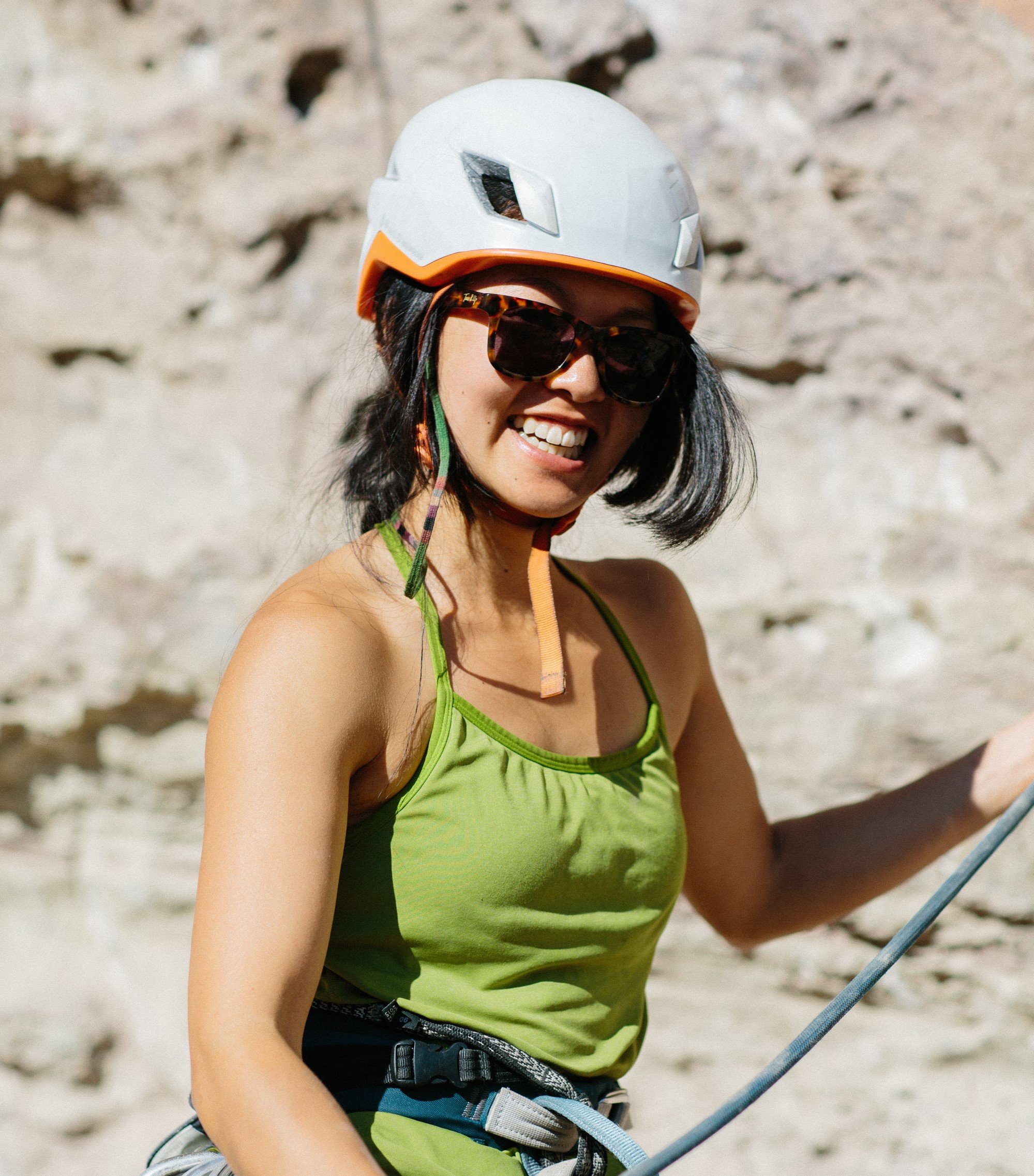 Diem (Zim) first fell in love with climbing and backpacking when she moved to Yosemite CA for environmental education work. Since then it's been a whirlwind adventure. With the backdrop of El Capitan and Half Dome, the outdoors pretty quickly became an inseparable part of her life. She fell in love with the beautiful places and the community that come hand in hand with climbing. Diem loves travelling and some of her favorite places to visit for climbing are Red Rocks NV, Potrero Chico MX, Indian Creek UT & Squamish. There’s nothing she loves more than spending a beautiful day out on the rock followed by good friends & good food. With a breadth of experience in education and the outdoors, her focus on providing quality instruction and fostering a positive learning environment will make for an awesome day out! 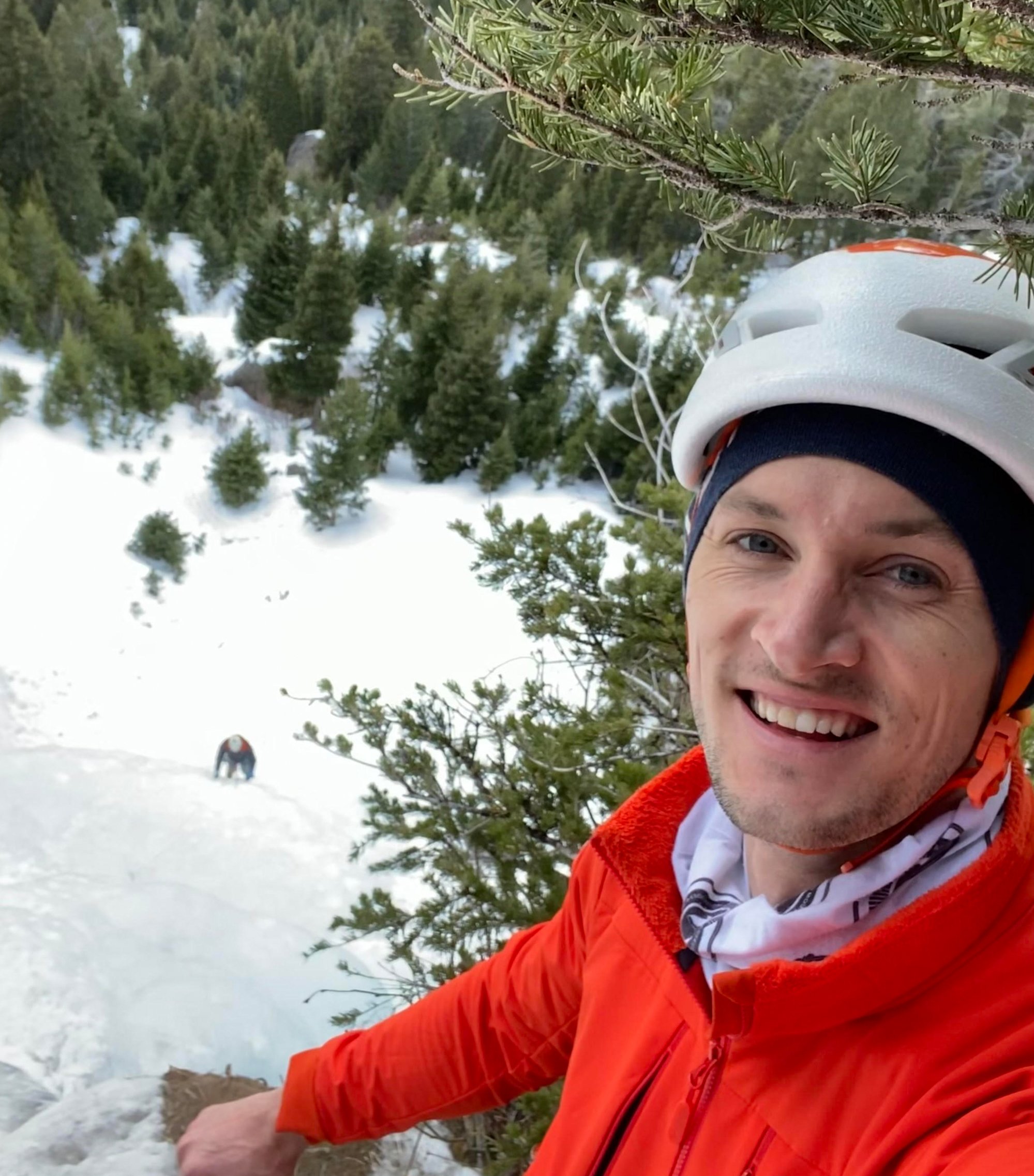 Caleb began his climbing career in 2014 while achieving an outdoor education degree in western North Carolina. Born and raised in South Florida, the ocean was Caleb’s first love but in due time the mountains quickly became his life’s passion. He and his wife, Jackie, are now fostering those same passions with their growing family.

Caleb works year-round as a guide and outdoor educator in the PNW. He is passionate about moving well in the mountains and is pursuing full IFMGA certification. He is blessed to have climbed in incredible places all over the globe and is thankful to call both Miyar Adventures & Washington, home. 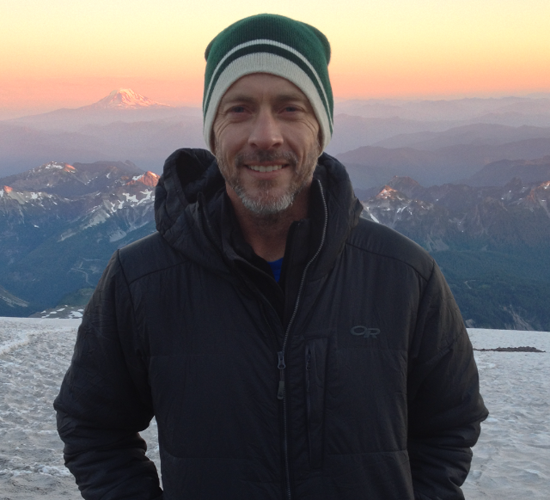 Tyler grew up hiking in the Sierra Nevada mountains of California before being introduced to rock climbing as a teenager. In the nearly thirty years since then, he has climbed extensively in this same mountain range, including Yosemite (he has climbed El Capitan multiple times) and various crags and mountain ranges throughout the West, oftentimes during winter, spring, and summer breaks while working as a high school English teacher. While rock climbing is his first passion, he also enjoys alpine climbing on glaciated mountains and is an avid backcountry skier and long distance runner (he qualified for and ran the Boston Marathon to celebrate turning 40). Since deciding to pursue work as a climbing guide, Tyler has completed more than twenty days of training through the American Mountain Guides Association, including the Single Pitch Instructor, Rock Guide, and Advanced Rock Guide courses. Tyler lives with his wife in Mammoth Lakes, California.. 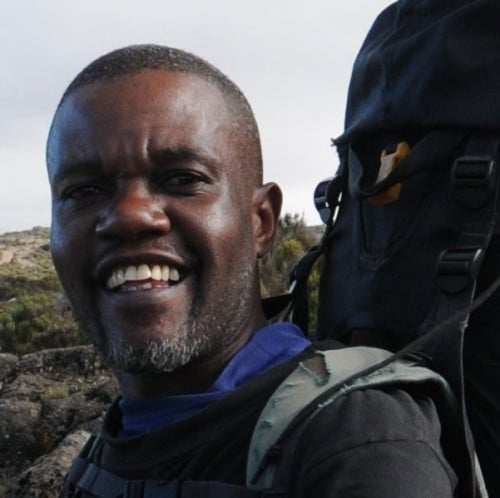 Aaron was born in the city of Dar-es-Salaam and raised in southern Tanzania. He came to Kilimanjaro to work for a climbing company and truly fell in love with the area. Following this inspiration, Aaron attended the College of African Wildlife Management in Mweka, a facility built just on the slopes of Kilimanjaro.

He studied Wildlife Management, and pursued further studies in Kilimanjaro guiding and wilderness medicine. Aaron obtained his advanced wilderness first aid certification and began guiding Kilimanjaro climbs, a career he has passionately continued for more than twelve years. Aaron has guided climbers from all around the world, and he speaks English and Swahili.